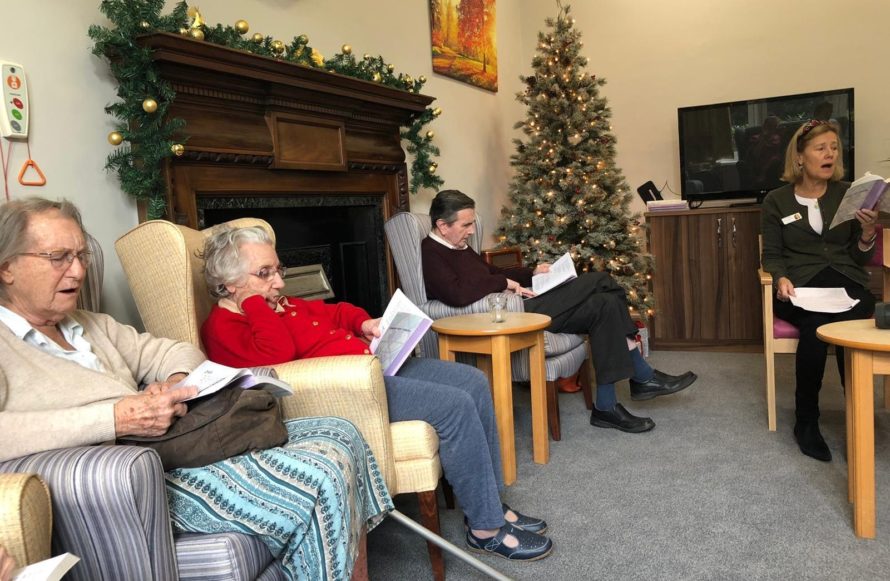 Alexander House won three awards altogether in 2019; one of them was in the category of Outstanding Supporter and Volunteer.  Debbie Edmeades visits Alexander House every Friday morning and holds a service for the people living there.  She had no idea that she had won the Volunteer Award.  On the next occasion that she came to the home, it was to hold a Carol Service with the residents who wished to participate.  At the end of the time together, staff announced to Debbie and the residents present that she had won the Outstanding Supporter & Volunteer Award, and presented her with a certificate, gift card, flowers and a trophy.

Debbie said she loves coming to Alexander House and that it is her pleasure to volunteer in this way.