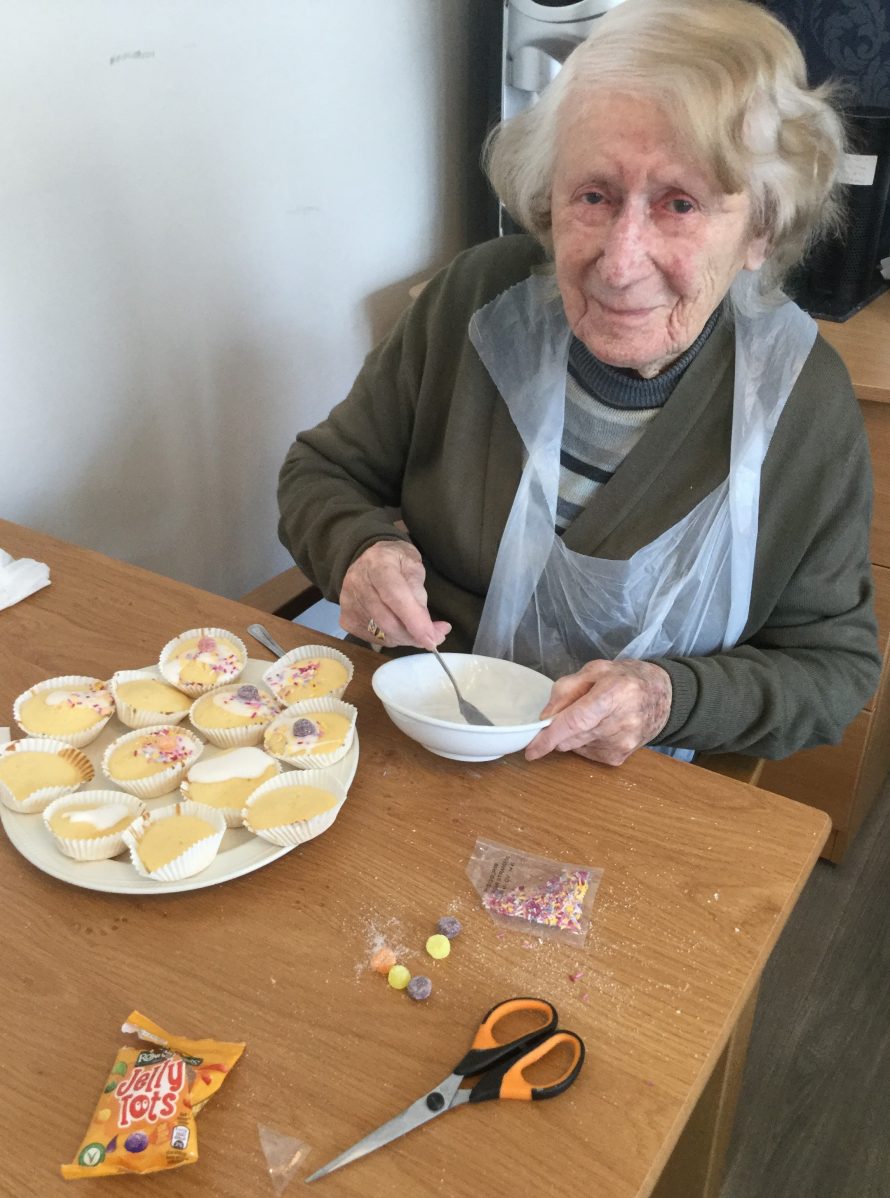 It has become a tradition now at Cressingham that the funeral procession of someone who has lived with us stops outside Cressingham House, giving us all the opportunity to say goodbye. This has just happened and made me stop and spend a little time remembering Ellen Moore.

I try to encourage those who live with us to change seats every now and again in the dining room, otherwise they may never get to talk to the lady in the corner or the one sitting by the fireplace. There are usually a few mumbles at first but then some great things can come from it, for example:

I overheard Ellen having a conversation one day with someone she never usually sat with. When talking they realised that firstly, they had both been nurses, secondly, they had both trained to be midwives, they then realised they had completed their nurses training at the same time, in the same place, but could not remember each other but talked of things familiar to them, names and places, etc.

After hearing their conversations (which continued for about a week, every lunchtime) I found out that at the “Museum of Liverpool Life” (it was Liverpool where they both trained) there was an exhibition all about the nursing homes in Liverpool and the hospital where they had both trained.

A minibus trip was booked with Oomph! Wellness (this was pre-Covid) and both ladies went with others to the exhibition. They saw the uniforms and laughed over the hats they used to have to wear; they saw the hospital wards that they had walked which brought back memories of patients that they had lost and helped to heal, memories of the amount of babies they had delivered, the good and the bad times, the hard work, early shifts, late shifts and nights … There was no choosing what you wanted to work, you did as the Matron told you or you were out.

It was wonderful to hear those tales, seeing their faces when they reminisced. Sadly it didn’t last very long as Ellen developed dementia; it was something she dreaded, but because we had eavesdropped on that conversation, we had so much we could talk to her about. If she was in a bad mood we knew what we could do to get her out of it – just prompt her about her nursing days and she would talk about them and would smile at her memories.

Ellen Moore came to live with us in April 2017. She had done all sorts of nursing, general, hospital, community, midwifery, but she told me once her favourite time of all was working in the theatres: “Assisting those surgeons to save lives, was amazing. I was privileged to be part of it.”