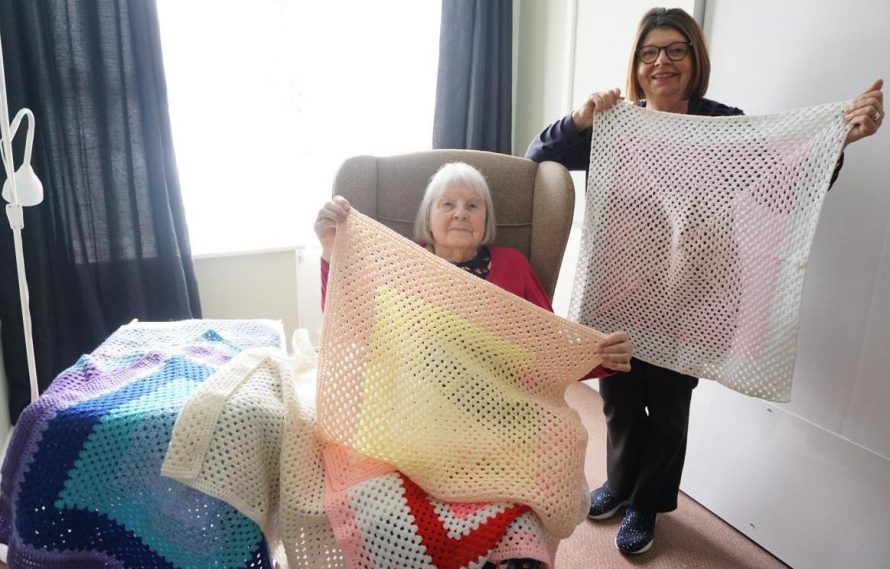 Freda who has lived at Fair Havens since last summer, got herself into the local paper, the Southampton Daily Echo, with the pile of colourful crotched blankets that she has made.  Freda would like the blankets to be donated to Ukrainian refugees.  “I want them to go to the children that don’t have anything because they are nice, bright colours.”  The photos show Freda with her daughter, Marie and on the second photo for the Echo, they are joined by staff at Fair Havens.

The other photos show some of the people living with us creating their own pizzas for supper.