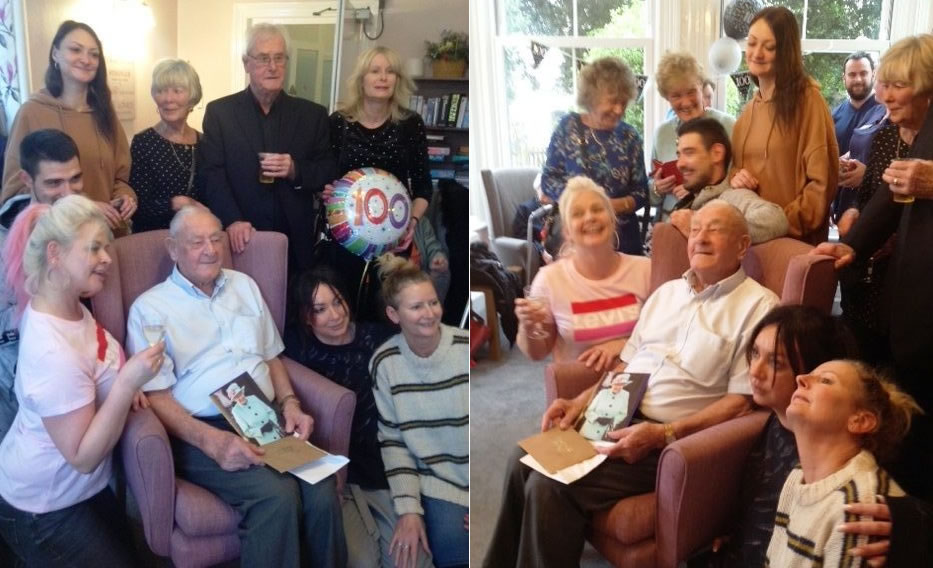 As well as celebrating Keychange’s 100th birthday, last month one of our resident’s turned the century as well.

(Charles) Bill Russell has been in our community for a while now and he celebrated being 100 years young on 14th January with a family party, which was held for him in our lounge.  Over the course of the afternoon, there must have been over 50 friends and family who came in to the Romans to help Bill celebrate.

Bill has had a very interesting life, and likes to tell his stories to all who will listen.  He served on HMS Hood between 1939 and 1940 and has been posed all around the world.

Bill survived being in an explosion of 2 navel ships during WW2. In 1941 he was serving on a minesweeper which was blown up with him on board.  Fortunately he escaped with just leg injuries. The second near-miss was a naval barrack ship in Portsmouth.  After being posted to Australia in 1944 he returned back to England in 1946, this time safe and sound.  Bill remained in the Royal Navy reserves until 1988.

Bill states that he feels no different now from when he was 50 and that his favourite drink is beer.

He has a great sense of humour and is a very popular member of the Romans family.